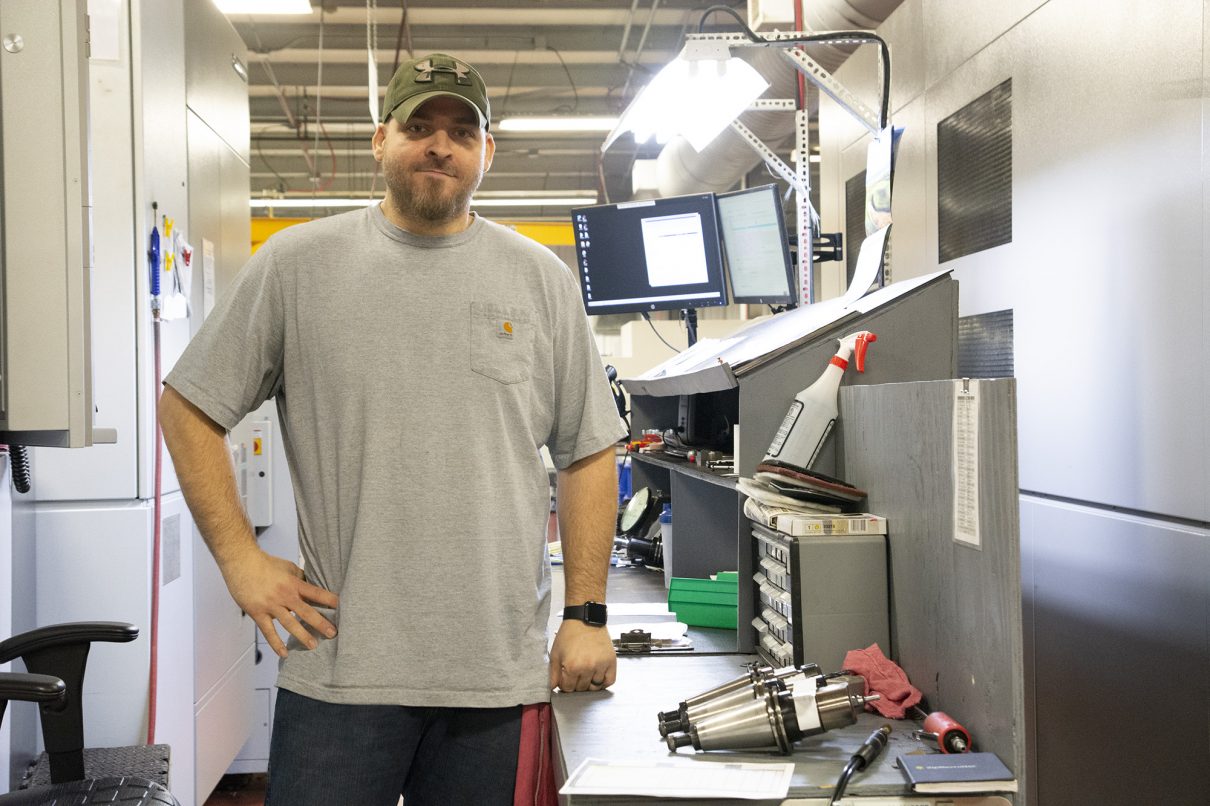 Bob Longo, a skilled CNC machinist at our Saegertown facility, understands how Acutec helps develop career opportunities for its employees. Before working at Acutec, Bob worked various odd jobs while trying to find a permanent position. Rick Taylor, who is now our Master Scheduler, suggested Acutec that Bob began his nearly decade-long career in manufacturing.

After starting in our saw department, Bob began to take classes at Precision Manufacturing Institute (PMI) to become a CNC machinist. For one and a half years, he simultaneously took night classes at the institute while working at Acutec during the day. Bob learned machining on a variety of mills and lathes before he began to work on the horizontal mills in our Saegertown facility.

Since starting at Acutec, Bob found that people are always willing to help improve or expand his skills. He understood that Acutec employees have a wealth of knowledge and all he had to do was ask. At the end of the day, his coworkers have become family, and now he enjoys using the information he has acquired to help train the new employees and share his knowledge.

For him the most rewarding part of the job was knowing the end-product. He loves turning an inanimate object into something that can fly. Outside of work, Bob tries to spend as much time outside as possible. He enjoys hunting, riding his side-by-side, and fishing. His advice to future Acutec employees is to stay committed to your job.

“Put your time in, work hard, and don’t be afraid to do something, even if you don’t know if you can or not.”

Thanks for sharing your expertise Bob!

Learn more about becoming one our Skilled CNC Machinists, and see how you can grow your career like Bob.